Requirements and Acceptance For
Cable and Wire Harness Assemblies

For individuals that require a standard but do not require certification, purchase your IPC/WHMA-A-620 electronic standard at a price 15% less than IPC non-member pricing. 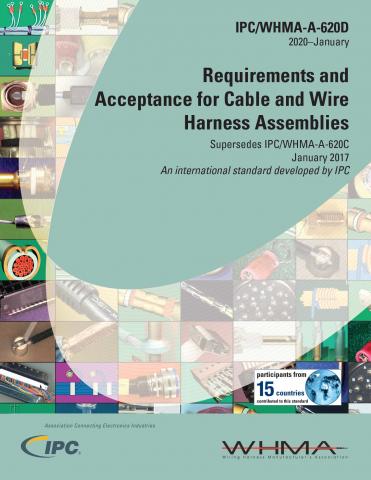 How It Works:   After purchasing an IPC/WHMA-A-620 electronic standard equipped with digital rights management (DRM), students will receive a link to download the standard directly from IPC. This process nominally takes 24-48 hours to occur. The electronic standard is for 1 individual license/user, but there is the ability to transfer the license between a single user’s computer at a later time if the IPC DRM Helpdesk is contacted. This ability would allow students to have full flexibility in changing from a personal computer to a company computer, or vice versa, if the situation arises.